Gender diversity has positive impact on science, technology and innovation 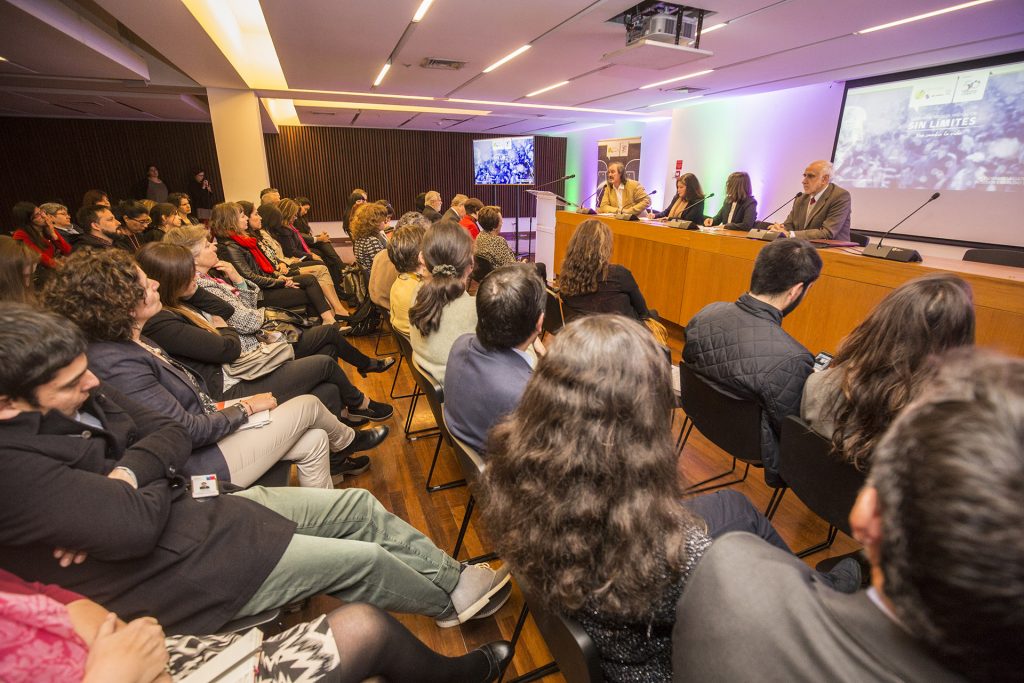 Macarena Abarca learned to program robots all by herself. Whenever she could, she took home the electronic kit from her school’s workshop to see how it worked. At just 16 years old, she has just earned a scholarship to study programming in New Zealand, and also participated as “captain” of the national delegation in the World Robotics Olympics held in the United States.

Macarena was one of the young female scientists who arrived at the Gabriela Mistral Center (GAM) to participate in the inauguration of version number 12 of the Gender Summit, an international summit on women’s participation in science, technology and innovation, which is organized by CONICYT and will be held in Santiago.

At this event, leading experts, national award winners and private sector representatives debated the factors that influence the gender gap which prevents women from pursuing careers in science, technology and innovation (STI).

The event was attended by the Minister of Women and Gender Equity, Claudia Pascual, the CONICYT Council President and winner of the National Exact Sciences Award 2015, Mario Hamuy; the head of the Competitiveness and Innovation Division of the Inter-American Development Bank (IDB), José Miguel Benavente; the director of Comunidad Mujer, Alejandra Sepúlveda; and the winner of the National Science Award 2012, Ricardo Uauy, among other outstanding personalities.

During her speech, Minister Pascual emphasized the fact that the creation of knowledge is shaped by biases, stereotypes and gender roles. “The scientific evidence and the public debate have revealed the inequalities that prevent women from making progress in the fields of science, technology and innovation. Studies show that, indeed, women have been culturally formatted to concentrate our efforts on other areas,” she said.

José Miguel Benavente explained that part of his work as an economist at the IDB has been to investigate how much a country loses out whenever there is less participation by women in the field of science. “We have evidence that suggest that, in the case of Chile, we are losing between one and two million dollars each year due to what we call selection

bias. When women participate, there is no evidence that men perform better than women in any of the dimensions we have analyzed related to science and technology,” said the expert.

Alejandra Sepúlveda mentioned a study by Comunidad Mujer, which, after analyzing 25 years of data, investigated the dynamics that trigger these differences, which are affected by cultural factors throughout the life cycle. Although these gaps are not noticeable during the first stages of childhood, the research says that they start to appear at the age of 9. “We realized that there was a value chain, where whatever occurs in early childhood, in fact, also correlates to what happens later in adulthood, when women begin to enter the workforce,” she explained.

CONICYT Council President Mario Hamuy was responsible for welcoming the participants, declaring that for the institution “it is an honor to participate as the organizers of such a transcendent meeting as the Gender Summit, at such a symbolic moment as its 50th anniversary, and precisely as a new institutional framework for science, technology and innovation is being established.”

This marked the inauguration of the Gender Summit, an international meeting that seeks to foster a discussion in academic, political and business circles on the positive impacts of gender equity on the progress of science, technology and innovation for this region, in order to establish an open and productive debate that may allow our nations to take advantage of all their capacities and achieve a more comprehensive development.