Nélida Pohl: “Gender stereotypes are determined at an early age” 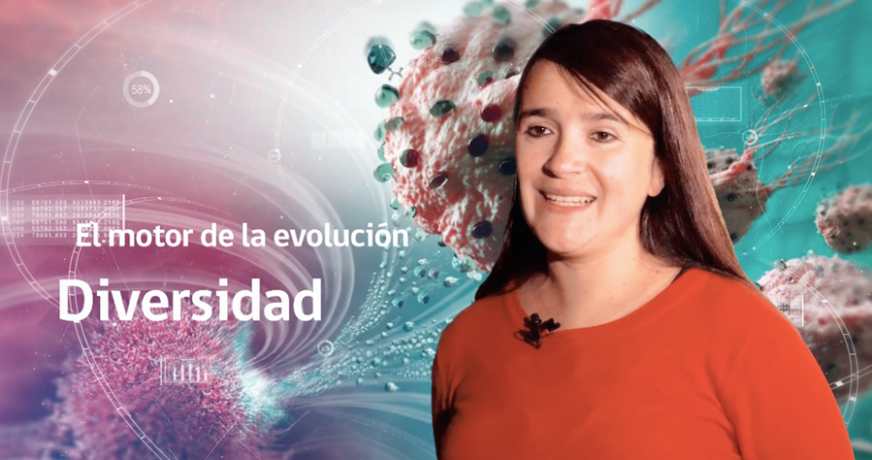 Although she decided to study biology because she liked animals as a child, it was not until her meeting with the botanists of the Faculty of Sciences of the University of Chile, including Professor Mary Kalin -who received the National Natural Sciences Award in 2010-, that Nelida Pohl found her definitive path in botany. Her studies were conducted on pollination processes and are now recognized by the scientific community, but neither the publications in specialized journals nor the scientific congresses with her peers were sufficient for her, who decided to dedicate her career to dissemination.

Outstanding in 2004 as one of the 100 most important young leaders in the country by the newspaper El Mercurio, she holds a Master’s degree in Science Communication from Imperial College London, and she has worked on renowned projects such as “Juliet in the Land of Girls”, which encourages science in students through entertaining outdoor activities. This is not everything because she has also developed initiatives that link scientific knowledge to art, for example through a novel committed to illustrating complex scientific papers so that they can be understood by anyone.

Determined to put an end to the stereotypes that keep away women from the world of science, Nélida explains that the key to change is to understand that gender diversity opens the door to new looks and talents that would be lost by the society without female participation.

To what do you attribute this gap? We still see that, as a kind of self-fulfilling prophecy, careers linked to the humanities are preferred by women in many countries, over the scientific career.
For me, the main barrier has to do with gender stereotypes, which are determined at an early age. Since they are very small, we are giving different toys for boys or girls, or we are telling them you are better for this or better for this other. That happens from education and happens at home, but it is not the responsibility only of the school or the house: we all have to show children that they can be what they want according to their abilities, and that does not have gender.

What do you think is the way to start breaking these barriers?
The role of the teacher in the formation of new generations of scientists is very important. They determine your path and if your mentor does not support diversity, it can be very pernicious because old practices are perpetuated, many of which are patriarchal, and from which none of us escapes. We are all influenced by this culture, so I would tell educators to think about this diversity, about the difference. The more varied your team is, and the more facilities you give people to do what they are passionate about, the better the research will be. In this way, there will be more and more people supporting this cultural change.

How can the scientific community drive these changes, in order to effectively reduce the gender gap in science, technology and innovation?
The challenge of breaking stereotypes belongs to all of us. From the scientific community, we can do a lot, because there are many researchers of excellence and they can change the vision of a girl who thinks that all scientists are old people in white coats and hair or geniuses who are outside their scope. If you see a woman, someone who left your environment, who went through the same challenges, that already breaks stereotypes. I would first call on scientists to consider it, to review the practices in their respective laboratories and think about what they can do to favour this gender diversity.

In your opinion, what is the specific contribution of gender diversity to the scientific progress of humanity?
Rather than thinking about the specific contribution of women, we must consider that the more diverse a human group is, the more we contribute with different talents. My scientific communication work focuses on ecology, where diversity is the engine of evolution. Then, the more multiplicity of talents, points of view, origins, gender, we will be better prepared to face the new challenges imposed by the world.

What do you think about the next Gender Summit taking place in Chile?
Gender Summit is an excellent opportunity for the different social actors to discuss the issue of gender equality in science, innovation and technology. This will allow many meetings and, in effect, we will dialogue on the subject and we can even reach some conclusions on how to move forward, both from an institutional and cultural point of view.