Read More..."> Salomé Martínez: “The diversity of ideas is fundamental for the advancement of knowledge” – Gender Summit 12

Salomé Martínez: “The diversity of ideas is fundamental for the advancement of knowledge” 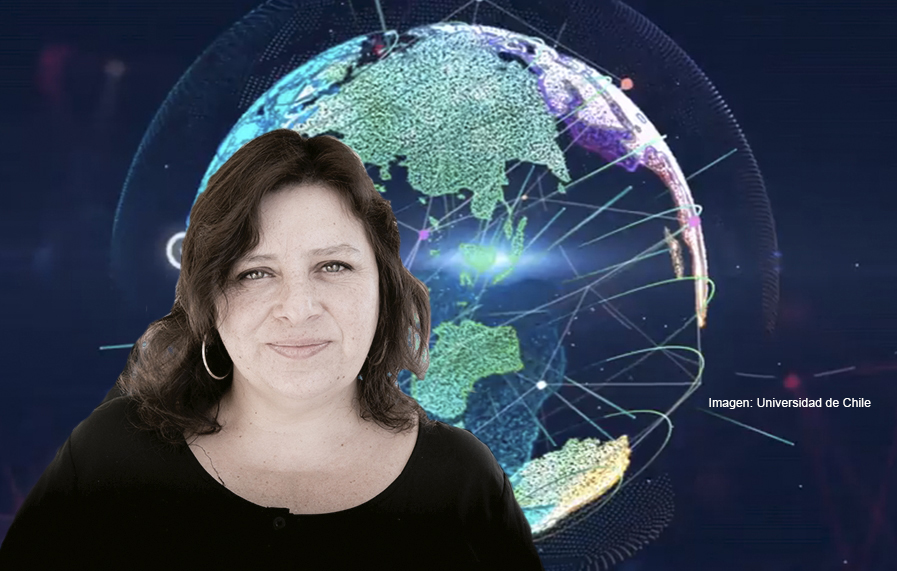 For Salome Martínez, science came as something natural in her life. She was always interested in it, even before she began studying Civil Engineering in Mathematics at the University of Chile, the same institution where she has now become the first female professor at the Department of Mathematical Engineering. Salomé is also the daughter of Servet Martínez, the renowned mathematician, who won Chile’s National Prize for Exact Sciences in 1993.

After 15 years working at the University of Chile, she dares to say that she has experienced first-hand what it means for a woman to blaze her own path in the field of research. “When I began studying here, I just ignored the gender issue so that I could move on. Later, when I started working as an academic, I began to discover several problems involving pre-natal and post-natal issues; we had no way to include this on our grading sheets; it was not a concern of the faculty for all women to have childcare assistance, so that they could perform better,” explains.

In her work as an academic with a PhD in Mathematics from the University of Minnesota, she has continued collaborating in order to decrease the gender gap at Beauchef engineering school, and in 2012 she became a member of the university’s first Gender Equal Opportunity Commission, and a specific committee at this same school the following year. This work led to the creation of the Gender Equity Program (PEG), which promotes college admissions for women through special quotas.

There have been several achievements that have improved scientific work through more equal conditions for all men and women, and all this, as Martínez explains, has been possible through teamwork. “We created a community of women academics, and we have supported each other both personally and collectively. Today, there are incentives for students entering this school, as well as special programs for hiring women academics. We have made progress because we have worked together. This has been achieved over 10 years and has required a deliberate, coordinated effort,” she explains.

Dr. Salomé knows the importance of gender diversity, and so she works to build it. “To the extent that we have more diverse institutions and teams, new perspectives, new experiences, ideas, approaches and in order to make progress on complex problems, both scientifically, socially and technologically, it is important to have different types of people on our teams… the diversity of ideas is fundamental for the advancement of knowledge,” she says.

Decreasing the gender gap, in addition to achieving better science, also creates a more modern and forward-thinking culture. “To the extent that we build multidisciplinary teams that

value our differences, teams that are diverse in terms of both gender and experience, we will not only be able to do more and better science and technology, but we will also create a culture based on respect, on listening to one another and accommodating different opinions, and this will help us move forward as a society,” Martínez declares, adding that “supporting these initiatives not only promotes the advancement of women within academia, but also contributes to a more human vision of what academic development really is. This is an element of modernity: successful companies and institutions are those whose individuals can develop in different spheres.

Martínez lists the challenges that must be addressed in the short term to reduce the gender gap. “There can be no changes in society without enough women in positions of leadership, and for that to happen, we have to have critical mass. This is why we need to convince more women to make the decision to work in the field of science. The big challenge is how we do it and how we make it a permanent aspect of the academy,” she says.

In this context, Martínez stresses the importance of holding seminars such as Gender Summit 12, which will take place in Santiago, Chile, on Wednesday, December 6 and Thursday, December 7, 2017, at the UN Economic Commission for Latin America and the Caribbean (ECLAC), and is being organized by CONICYT. “This is a great opportunity to get to know experiences, raise awareness and find people who are working on this issue, and therefore to build a more powerful group. These kinds of meetings showcase the role of women in the sciences and in the business world, and that is essential for attracting new students and encouraging them to dedicate their lives to science and technology. A meeting like this helps open even more doors.”